It's over and it's forever. I don't want this anymore 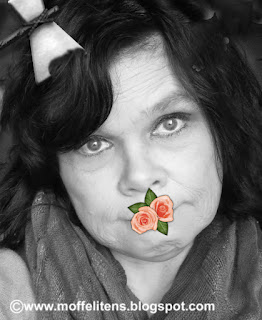 I have never ever seen so much hate and has been treated as bad as I had in pets group on Facebook. I have no clue what is wrong with my posts. I don't do anything bad to my bunny or the dog that I had some years ago.

I wrote about the relationship between my first rabbit and my dog. That wasn't allowed to write about. Not in dog groups or rabbit groups. Why are there so much hate en dictatorship between admins in pet groups? Do they really think that being this nazi will make the members get happy bunnies?

No! People leave these groups and are searching for advice other places. There are so many members who are leaving those groups and that's a bad thing, both for the group and for the ex members. We are seeking advice to help our pets have a good life, but you have to ask veeeery careful and be careful about what words you use and how to put them into sentences because the group dictators don't want certain questions.

I remmember when I was in the group Bunnies, Bunnies Bunnies! on Facebook. A member shared a photo of her rabbit in a hutch with wired floor. Most of us told her that the best thing she could do was to cover these wires and we answered in a normal and polite way, but there are always people who has to spread hate and guess who these people were...

I've tried to be a member in most of the bunny groups on this platform, but has given up completely. If

you ask a question that someone misunderstand, you get pm from alot of haters that is offended by the questions because they read it wrong.

Pet groups should be including and welcoming people, but instead they spread hate. As I wrote in an

earlier article on this blog, my life has beem threating, my bunny has been threating. You can write what people have written to me in an early article on this blog.
I really hope someone will create a nice rabbit groups that includes everybody and treat them with respect and stop removing posts where people tell them about their deceased rabbit.
at 22:06:00
Send dette via e-postBlogg dette!Del på TwitterDel på FacebookDel på Pinterest